Travel News: How to enjoy Uluru without climbing it

Associated Press reports Authorities in the Italian canal city of Venice say a tax on day-trippers will start being charged on July 1, 2020. The tax was announced nearly a year ago, but its implementation was delayed as officials worked out how it would be paid and enforced. Authorities said Wednesday that the level of the tax will be decided closer to the date, but a law establishing it set a range of 3-10 euros ($3.30-$11) a day. Visitors staying overnight already pay a tax as part of their accommodation charge. In the coming months, city officials will announce details of how visitors can pay the tax, with efforts focused on pre-payments over the internet or in neighboring provinces. Exceptions will be made for those visiting Venice for work, study or family reasons. 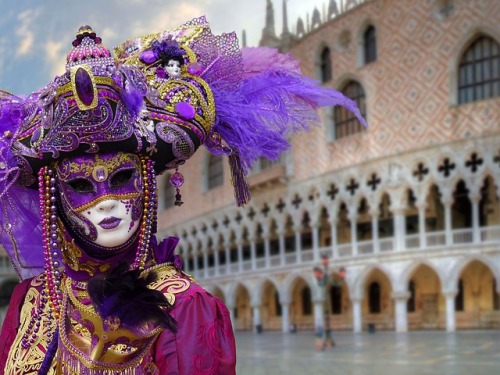 How to experience Uluru’s magic without climbing the Australian rock

On Oct 26, people will no longer be allowed to climb Uluru rock in Australia. The country is finally honoring the Anangu people’s wishes for this sacred spot and climbing will be forbidden from that date. Instead, tourism is turning its attention to the spiritual aspects of the 1,142 ft high rock. Travel + Leisure details how to experience the beautiful rock’s aura without damaging its geology.

Aeronauticsonline reports KLM Royal Dutch Airlines has officially become 100 years old, having been launched on October 7, 1919. The airline has been operating continuously for the past century with the same name as it was originally founded with. The airline was officially established in a solicitor’s office in the Hague on October 7 but didn’t complete its first flight until the year after, on May 17, 1920. KLM’s first aircraft was a DeHavilland DH.16, which operated its first flight, from London’s Croydon airport to Amsterdam in two hours and 15 minutes at an altitude of just 90 meters. The airline purchased its first aircraft (The DH.16 was leased) in 1920, from bankrupt British carrier AT&T. KLM bought four DeHavilland DH.9B aircraft, which helped it to expand its network. KLM’s first intercontinental flight took off in 1924, departing Amsterdam for what is now Jakarta. A technical malfunction led to a delay in the flight, making the initial service take one month and 24 days, departing Amsterdam on October 1 and arriving in modern-day Indonesia on November 24. KLM was the first European carrier to launch flights to the United States after the Second World War, with regular Douglas DC-4 service commencing in May of 1946.

The Netherlands Wants To Stop Being ‘Holland’

The Netherlands wants to stop being ‘Holland’! Dutch authorities will phase out marketing the country abroad as ‘Holland’ and will begin to use the name ‘Netherlands’, according to Amsterdam’s Adformatie. At the present time, the Netherlands, for the most part, is presenting itself internationally as ‘Holland’. The Dutch authorities are planning to actively use the name ‘Netherlands’ at next year’s Olympic Games in Tokyo and the Eurovision Song Contest 2020 in Rotterdam. The name ‘Holland’ is widely used in regards to the Netherlands because of the name of the two historically most developed regions of the country, South and North Holland. Legally, in relation to the country, the use of the name “Netherlands” is correct. The Netherlands consists of 12 provinces in Europe and several islands in the Caribbean.

Airline ratings reports Delta Air Lines is boosting its already feature-rich app to expand auto check-in to international flights and as well as give passengers a handle on security wait times in some markets. The US carrier this week released the latest version of its Fly Delta app with color-coding specific to the fare purchased. Each fare, basic economy, main cabin, Delta Comfort +, Delta Premium Select/First Class and Delta One, is assigned a color to act as a visual cue that mirrors those screens and signs at the gate during boarding. Branded colors are a new feature of the latest version of the Fly Delta app. The aim is to make the boarding process easier and help passengers recognize when it’s time to get on the plane.

New features on the way later this year include auto check-in for international flights, integrated security wait times in select markets and pre-select meals for Delta One and domestic First Class customers.