Travel News: Virgin America to be retired in 2019

The British Foreign and Commonwealth Office has issued a travel alert warning travelers that Italy’s Mount Etna has been erupting with increasing frequency. The warning comes after tourists suffered minor injuries at the active volcano in Sicily. A BBC camera crew on the mountain filmed a big explosion which pelted a group with boiling rocks and steam. About eight people were injured and some had to be evacuated by mountain rescue teams after lava flow mixed with steam triggered the blast. According to BBC science reporter Rebecca Morelle, a volcanologist at the scene said it was the most dangerous incident he had seen in his 30-year-career. Travelers are advised to visit the Italian Civil Protection website for more information.

Virgin America to be retired in 2019

Alaska Airlines Group has announced that the Virgin America brand will be retired in 2019. “While the Virgin America name is beloved to many,” Alaska VP of Marketing Sangita Woerner said. “We concluded that to be successful on the West Coast we had to do so under one name – for consistency and efficiency, and to allow us to continue to deliver low fares.” Last December, Alaska Airlines completed the $2.6 billion acquisition of Virgin America, and Alaska Airlines is now the nation’s fifth largest – behind American, Delta, United, and Southwest. According to Alaska, it plans to overhaul its operation to give passengers a more “Virgin-esque” experience that VA is currently admired for: a new satellite-based wifi system, free inflight movies, redesigned interiors with mood lighting, more stylish crew uniforms, upgraded airport lounges, more premium seating, and more complimentary upgrades.

Tahiti Tourism is embarking on an $8 million international cruise terminal project due for completion in 2020. The terminal will be located in the center of Papeete and will accommodate up to three ships simultaneously and 2,000 turnaround passengers. The North Pier will measure 300 meters in length; the South Pier 350 meters.

There are no cabotage rules governing Tahiti so cruise ships can sail a more varied itinerary among Tahiti’s 118 islands. Planned amenities include an aerial walk, luggage room, check-in counters, waiting room, duty free, snack bar/café and reservations facilities. Concurrently, Papeete is planning a $12 million upgrade of its airport which is 3 km from the cruise port. Upon completion of the upgrade the airport will be able to accommodate three departures (up to 950 passengers) at the same time.

Ships in the Panama CanalQuintiq said that its software has been selected by the Panama Canal Authority (ACP) to plan, schedule and optimize all vessels transit operations through the Canal “to reduce costs, improve safety and increase overall efficiency and reliability. This system will help carry that legacy forward, allowing us to tap the potential of technology to provide better solutions for our customers as we increasingly manage more transits and adapt to shifts in global trade.” Quintig is a Dassault Systèmes brand. The Quintiq solution will change how the Panama Canal plans and schedules transit operations. For the first time, the Canal will be able to execute a completely integrated operating plan for all of its critical resources, including tugboats, pilots and line handlers. The new solution will impact shippers looking to transit the waterway by shortening vessel waiting times, increasing the number of potentially available vessel slots each day and improving the overall reliability of the route. Quintiq will be fully integrated into Canal operations over the course of the next two years. 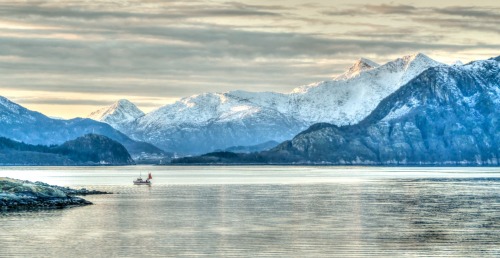 World’s First Ship Tunnel To Be Built In Norway

Norway has approved the financing of an ambitious project to build the world’s first full-size tunnel for ships. The tunnel will be 45 meters high, 36 meters wide and 1.7 kilometers long, and be constructed through the Stad peninsula on the west coast of Norway. The tunnel will be designed to accommodate 16,000-tonne cargo and passenger ships with a draft up to 12 meters. The tunnel will provide a safe journey around Stad, laying the foundation for the region’s industrial development and establishment as a world-class tourist destination. The tunnel will allow up to 120 vessels to travel under a mountain rather than navigate the dangerous waters of the Stadhavet Sea, which experiences about 100 storm days annually. At least 33 people have lost their lives in the area since the end of the Second World War, according to reports. The project is expected to take a decade to complete.

The Globe and Mail reports Transport Minister Marc Garneau says Canada is evaluating intelligence passed on by the United States to determine if it should require passengers traveling from some Middle East countries to pack all large electronic devices other than mobile cellphones in their checked baggage. US Homeland Secretary John Kelly spoke by telephone Tuesday with Mr. Garneau to explain why the Trump administration has ruled that only cellphones and smartphones will be allowed in the passenger cabin of flights into the United States from 10 airports in eight Muslim-majority countries. Mr. Garneau would not say what type of security threat the Americans are concerned about, but it was reported by The New York Times that intelligence showed Islamic State is developing a bomb hidden in portable electronics.