Travel News: Florida Keys to Reopen to Tourism On October 1 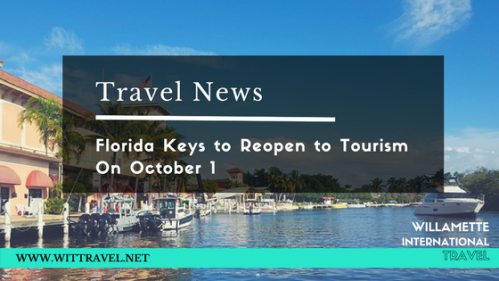 Florida Keys to Reopen to Tourism On October 1

After the damage the island chain sustained during the passage of Hurricane Irma, the Florida Keys have announced that they will be ready to welcome back tourists ahead of schedule, on October 1. Previously, tourism officials had estimated that the Florida Keys would be able to reopen by October 20, to coincide with the beginning of Key West’s Fantasy Fest. The destination was already able to welcome cruise ship calls this past weekend, however. At the same time, tourism officials caution that not all lodging, including RV resorts and other tourism facilities, are operating on a normal basis, and are advising visitors to call ahead to ensure that their hotels and favorite attractions are open.

Alaska and Singapore Team Up on Miles

Delta Air Lines announced today that it will be offering free access to in-flight internet for customers to access iMessage, WhatsApp, and Facebook Messenger on any flight with Gogo Wi-Fi starting October 1st but there is a catch. When the company says “messaging,” they mean “text messaging” so no pictures, videos, GIFs, or audio messages allowed. Delta used to price in-flight messaging starting at $2.95 (prices varied depending on your flight), the new service is a nice addition. If you’re willing to pay for the full Wi-Fi pass, you’ll be able to send the full range of telecommunication messages.

Netflix In-Flight Streaming To Be Made Available For Aircraft

Netflix’s in-flight streaming is available through a few carriers around the world, but it’s far from a staple of air travel. More often than not, technological limitations will force you to download that new show before you leave home. It could be far more common going forward, though. Netflix is launching an initiative that will use its mobile device encoding technology to make Netflix accessible on aircraft that don’t always have the luxury of fast satellite internet access. Mobile encoding uses far less bandwidth than what you get on the desktop. A “DVD quality” stream uses just 250 Kbps, for instance. it’s good enough for a seat-back display or a tablet and importantly, it won’t clog an aircraft’s WiFi network. You’d still need a reasonably fast connection to serve a large volume of passengers, but it beats having to limit access to just a few people or none at all. Partnerships with airlines should kick off sometime in early 2018. Netflix isn’t naming specific airlines, but it’s safe to say that this opens the door to carriers that couldn’t even consider the idea before. 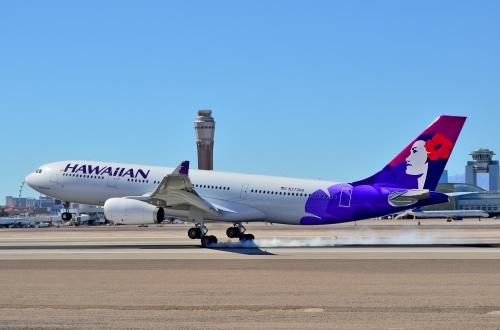 Hawaiian Airlines and Oneworld member Japan Airlines yesterday signed a comprehensive new partnership agreement that will greatly enhance the ease and comfort of travel for passengers traveling between the two island chains. The agreement between Hawaiian Airlines and Japan Airlines, signed at a ceremony in Tokyo, takes effect March 25, 2018 (subject to government approval). The agreement provides for extensive code sharing, lounge access, and frequent flyer program reciprocity. As part of this comprehensive partnership, the two carriers also intend to establish a joint venture designed to provide even more choices, convenience and enhancements to the traveling public to/from Japan and beyond to multiple Asian markets. JAL guests will have unlimited access to Hawaiian’s vast neighbor island and Japan-Hawai’i network, including non-stop flights between Sapporo and Honolulu.

Continuing plans to upgrade the fleet to the same standards as its newest ships, Silversea has scheduled a refurb for two of its vessels, Silver Wind and Silver Whisper. The dry dock for the ships is scheduled for December, the line said in a press release. The changes are part of the “Muse-ization” of the line, where refurbs draw inspiration from Silversea’s flagship, Silver Muse, which debuted earlier this year. Silver Whisper will have a “significant redesign” of its public areas. The decor was inspired by Silver Muse in the upgraded areas, which will include La Terrazza, the Observation Lounge and Panorama Lounge. Silver Wind will have similar upgrades also drawn from Silver Muse, the line said. Among them will be new chairs and carpets in the casino and floor upgrades in the spa and salon.

Silversea will also give Silver Spirit a dramatic makeover next March when it lengthens the ship by 49 feet. The work will be done by the Fincantieri shipyard in Palermo. Silver Spirit will be cut open and a prebuilt midsection dropped in and attached. The new real estate will contain 26 Veranda Suites, six Silver Suites and two Panorama Suites. Other upgrades will be inspired by the cruise line’s newest flagship, Silver Muse, including new dining venues and decor in suites and public areas indoors and out. Technical upgrades will also be made. The 540-passenger Silver Spirit debuted in 2009, and was then considered the line’s largest and most modern ship. It currently boasts multiple dining venues, including a supper club, Relais & Chateaux restaurant and sushi venue, and all oceanview (most with balcony) suites with butler service.

Cruise Critic reports Norwegian Cruise Line is shifting its eastern Caribbean cruises to the western Caribbean through year’s end in light of damage to destinations from hurricanes Irma and Maria. Earlier, the line had changed the routes up until November. For example, Norwegian Escape and Norwegian Getaway cruises from Miami will visit Roatán in Honduras, Harvest Caye in Belize and Costa Maya and Cozumel in Mexico. On an alternative route, Norwegian Escape will call at Falmouth in Jamaica, Grand Cayman’s Georgetown, Cozumel and the line’s private Bahamian island, Great Stirrup Cay. Norwegian ports that were badly impacted include Tortola in the British Virgin Islands, St. Thomas in the US Virgin Islands and St. Maarten. The line said it’s currently assessing any potential damages in San Juan, Puerto Rico.