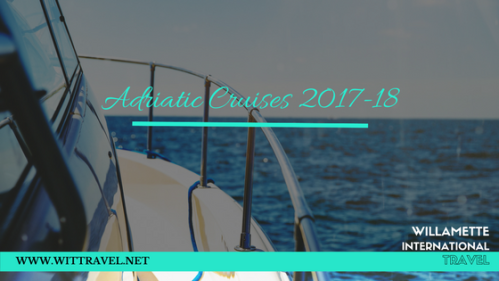 Yesterday was Croatia’s birthday, so in celebration, we’re taking a closer look into cruising the Adriatic Sea!

Choosing an Adriatic Cruise depends on a lot of factors: sailing date, ports of call, price, length and itinerary. We’ve written up a few cruise lines who sail along the Dalmatian Cruise. To learn more, give us a call — We can advise the best cruise to fit your travel style and budget, and even find special discounts exclusive to travel agencies.

Crystal offers Adriatic cruises on its lovely yacht, the Crystal Esprit. The yacht is a “boutique hotel on water,” accommodating up to 62 adventurers in butler-serviced suites. You feel more like you’ve joined a private, exclusive voyage than an official cruise! Voyages sail from Croatia to Athens by way of Greece and Montenegro, or from Athens to Venice by way of the Croatia’s Dalmatian Coast. Choose from 7 days or 14 days. Prices start in the $6,000 per person range.

All Aboard the 2076-passenger Rhapsody of the Seas, which offers roundtrip Venice cruises stopping in Dubrovnik, Kotor Montenegro, Santorini and Katakolon, Greece. Or head west from Venice down through the Adriatic to Capri, Rome, Florence and Barcelona. Itineraries of 7-8 nights start in the $900 per person range.

Windstar’s small, intimate ships are perfect for those looking to sail the Croatian Riviera in privacy. Discover the timeless charms of Croatia on the 8-day Venice roundtrip Quintessential Croatia, which takes you through the Plitvice Lakes and Diocletian Palace. Or expand your itinerary to the 12-day Athens to Venice voyage. Itineraries start in the $3,400 per person range. 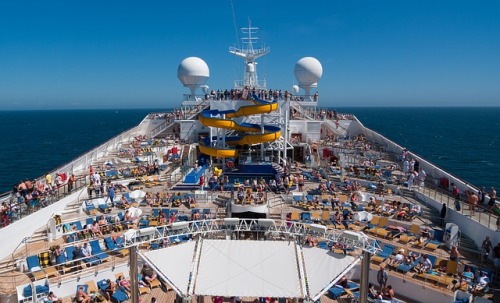 The iconic winged sails of Star Clippers will sail there way through the Adriatic Sea on the Star Flyer. Get to know the Eastern Mediterranean intimately in Corfu, Santorini, Kotor, Dubrovnik, Hvar and Korcula. Or hug the Dalmatian coast and keep to Croatia, Montenegro and Slovenia on the Venice roundtrip. Prices for 7-11 itineraries start in the $2000 per person range.

Princess’ larger vessels promise luxury in magnitude. Explore the highlights of the Eastern Mediterranean on the 12-Day Adriatic & Aegean Connoisseur, or the 12-day Venetian Connoisseur. Prices start at 2400 per person.

Find out more by chatting with our agents today! Our staff has sailed with all of these cruise lines and would love to discuss the ideal Adriatic cruise for you and your family. Call now! 2017 and 2018 Seasons are open for booking. Ask us about special offers like reduced deposits, no single supplements, and last-minute discounts.

Your Summer Guide to Cruising the Adriatic Sea 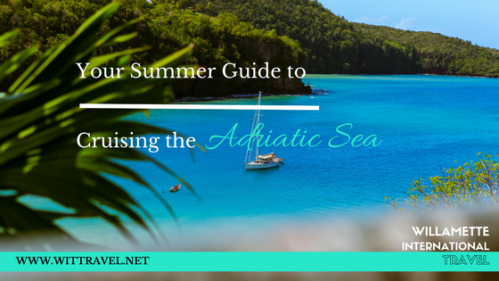 Hunting a unique destination? Explore the Adriatic Sea, one of Europe’s most alluring waterways. Uncover ancient heritage and breathtaking bays. A variety of cruise options sail from Venice, Dubrovnik, the Dalmatian Coast and into the emerald waters of Greece and Turkey.

There’s nothing quite like sailing out of Venice, traveling past the MOSE flood control gates one minute, and by fishermen in small boats the next. The MOSE project is a system of mobile gates installed at various inlets that temporarily isolate the Venetian Lagoon from the Adriatic during high tides. Check out more here: http://en.wikipedia.org/wiki/MOSE_Project

Interesting sidebar: The Italian government has recently been considering banning large cruise ships into the Venetian lagoon due to concern over environmental damage. The issue hasn’t been put into law yet, but for who knows how long? This year or the next might be the last time you can sail from Venice on a larger cruise vessel! (UPDATE: Italy overturned the ban but just for now!) 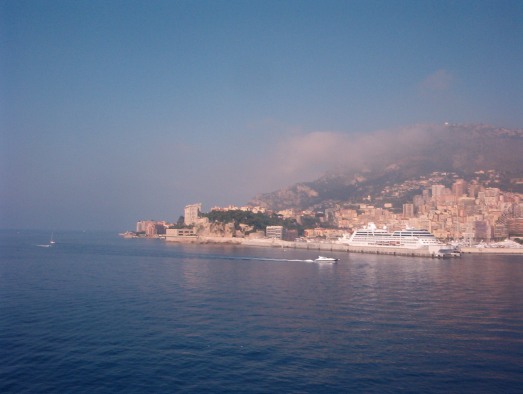 Crystal Cruises: Crystal is offering 6-day sailings from Corfu to Venice. Explore the Dalmatian coast at leisure, from Dubrovnik and Korcula in Croatia to Koper in Slovenia. This Adriatic getaway sails on the Crystal Serenity and serves 1,070 guests.

Royal Caribbean: RCI’s 1,830-guest Splendour of the Seas sails a near-pure 7-night Greek itinerary out of Venice this year, as well as a roundtrip Venice that stops in the archaeological wonder of Kusadasi (Ephesus), Turkey. Go island-hopping in the emerald waters from the Ionians to the Cyclades. 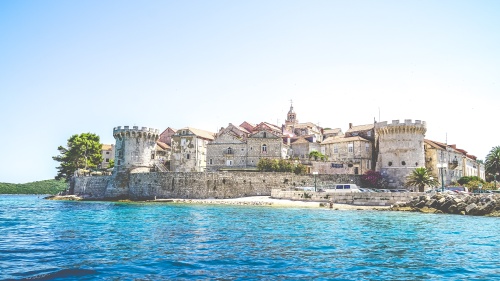 Windstar: Prefer a vessel more intimate? Windstar’s small ships 212-guest Star Pride and 310-guest Wind Surf sail July to October between Venice and Athens. In 8-9 days, they sail from magnificent ports such as Athens, Butrint, Hvar and Dubrovnik. The Wind Surf will take you to hidden gems of the Croatian Riviera: Brindisi, Gythion, and Rovinj, memorable days of breathtaking sunsets on teak decks below white sails. The Star Pride sails to secret Greek Isles: Hydra, Corinth Canal, Delphi, as well as the salmon-roofed Montenegrin port of Kotor.

Star Clippers: This summer and fall Star Clippers’ 170-passenger flagship will be embarking on a classic 12-day cruise through the Adriatic from Athens to Venice. The ship sails to familiar destinations such as Hvar, Corfu, Santorini and Mykonos, as well the irresistible beaches of Cikat Bay and Katakolon. The fleet of Star Clippers is all traditional tall-mast sailing ships, with 4 masts, 16 sails, traveling languidly at no more than 17 knots at its fastest. A perambulatory and nostalgic way to enjoy the seas. (Star Clipper’s June 28 sailing starts at $2,714 per person and includes a free upgrade.) 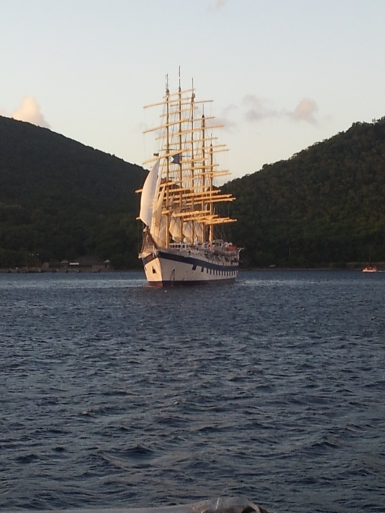 Princess Cruises: If you’re looking for a longer itinerary on a larger vessel, Princess may be your best bet: the 12-day Grand Mediterranean sails eastward on the Dalmatian, through Athens and Istanbul, before curving westward to Rome, Livorno, Toulon in France and Barcelona in Spain. This sailing is on the brand-new and sparkling 3,560-guest Regal Princess, due out next month May 2014, and space is filling up quickly!

Interested in finding out more about what’s on offer? Call Willamette Intl Travel agents today. Our staff has sailed with all of these lines and would love to find the Adriatic itinerary that’s right for you and your family. Call now: both 2014 and 2015 Europe seasons are open to book. Ask us about Spring Sales; several cruise lines are offering perks such as reduced deposit, no single supplement and last minute discounts.